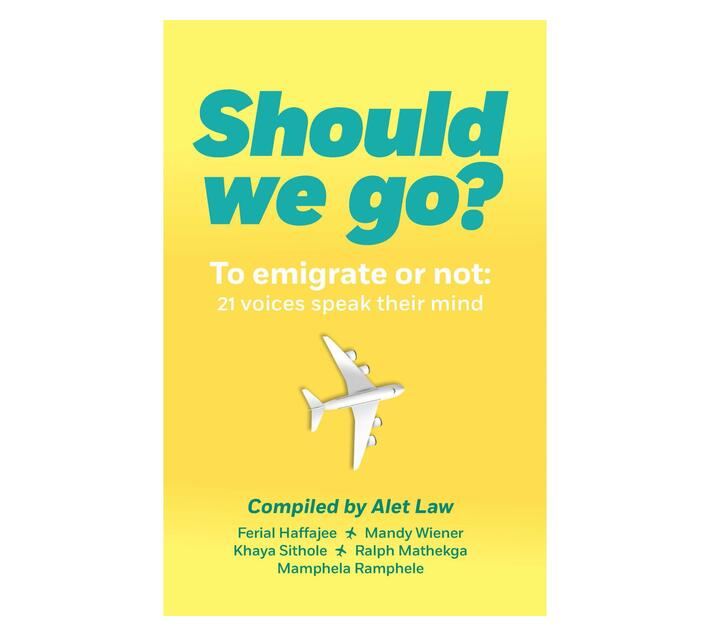 This is supplied by LAPAPublishers and may result in additional delivery fees.

The emigration debate is as old as our democracy itself. When the “new South Africa” dawned in 1994, many people left the country out of fear for what majority rule would hold. More still left in the years that followed to seek a better life elsewhere, and communities of expats can be found all over the world in places such as Canada, England and Australia.

Today, 25 years after the dawn of democracy, as optimism about the country’s future ebbs and flows, new impetus has been given to the emigration debate. This time around, it is not only being discussed in reactionary circles, but around dinner tables of all creeds as many people leave for better education, job opportunities and safety.

With the reality of nine wasted years tugging at our wallets and future prospects, and the allure of a global economy pulling strong, more and more people are asking, “Should I go?”

In Should we go? more than 20 of South Africa’s foremost thought leaders such as Jonathan Jansen, Mandy Wiener, Phumzile van Damme and Ferial Haffajee grapple with this question. It is an attempt to find some answers that will give insight to and challenge every person who is thinking of leaving, has already left, or has decided to stay so that they may thrive as South Africans wherever they are.