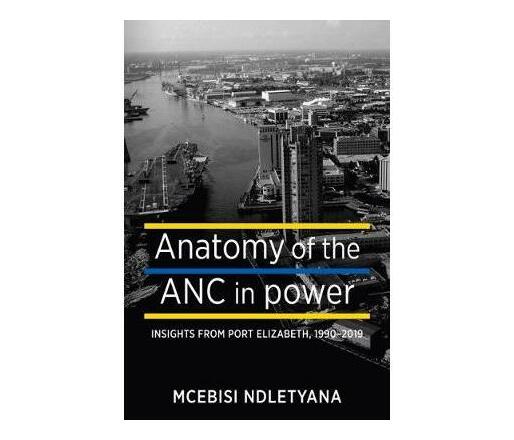 Find out More
Change region
Please be aware that you are about to change your selected region. This could affect pricing and availability of other items in your trolley.
Details
Endorsement In this study on the evolution of the ANC in Nelson Mandela Bay (centred around the city of Port Elizabeth), Mcebisi Ndletyana presents a cogent analysis of how a liberation movement is impacted upon by transition into political office. The reader is taken into the interplay among issues such as pedestrian efforts to meet popular aspirations, organisational inertia and the impact of personalities. Beyond 'the what' and 'the how', this book uniquely delves into the reasons behind the ignominious decline of the ANC in a region historically endowed with an excellent corps of cadres. If 'sins of incumbency' may sound cliched, this book brings it to life through an analysis of the greed of a political leadership without scruples and the rapacious impact of procurement-based capitalist class formation. The rot originates in ANC structures - akin to suicidal conduct, even after electoral defeat. Ndletyana's canvass may be local; but the lessons are universal. The book is as much about the past as it is about future. -Joel Netshitenzhe, Executive Director and Board Vice-Chairperson of the Mapungubwe Institute for Strategic Reflection (MISTRA) South Africa's governing party, the African National Congress (ANC), has undergone dramatic changes over the last thirty years. Historically a hotbed of political activism, Port Elizabeth is an illuminating site. In 2016, observers greeted with shock the ANC's loss of the city, one of its crown jewels and a party stronghold. Yet, as this book shows through its analysis of power and politics in Port Elizabeth, the party's political decline was authored by its own hand. This book studies the ANC at a local level over a 28-year period and informs what is now playing out at a national level. The book traces four stages that characterise the party's post-1990 life in Port Elizabeth: rebuilding; ascension to political office; political decline; and adaptation to new contexts where its power was lost or is under threat. Ironically, the efforts to rebuild the ANC post-unbanning lie at the root of the decline, because they were misdirected. Buoyed to office by their party's heroic stature, the book shows how some party leaders in Port Elizabeth abused power for financial gain. A generally weak regulatory environment allowed abuse to become endemic. Service delivery failed, and corrosion of moral leadership set in. As the party failed to stem the morass, internal democracy gave way to a strongman syndrome and the party deteriorated into an instrument that provided access to, and dispensed, patronage. Stunningly, electoral loss did not trigger reforms. As the ANC battled to re-make itself outside of government, some leaders even recruited the underworld to settle contests and secure access to patronage. Port Elizabeth did not see a 'new dawn'. This evidence-based book is an enthralling account of how the ANC rebuilt itself into a governing organisation, but failed to cohere into an institution of democracy, becoming instead an amalgam of competing factions for patronage. Readers will judge how much Port Elizabeth is a microcosm of the entire ANC.